Things never seem to go as easily for thirteen-year-old Frankie as they do for her sister, Tess. Unlike Tess, Frankie is neurodivergent. In her case, that means she can't stand to be touched, loud noises bother her, she's easily distracted, she hates changes in her routine, and she has to go see a therapist while other kids get to hang out at the beach. It also means Frankie has trouble making friends. She did have one--Colette--but they're not friends anymore. It's complicated.

Just weeks before the end of seventh grade, Colette unexpectedly shows up at Frankie's door. The next morning, Colette vanishes. Now, after losing Colette yet again, Frankie's convinced that her former best friend left clues behind that only she can decipher, so she persuades her reluctant sister to help her unravel the mystery of Colette's disappearance before it's too late.

Winterborne Home for Vengeance and Valor by Ally Carter

April didn't mean to start the fire. She wasn’t the one who broke the vase. April didn’t ask to go live in a big, creepy mansion with a bunch of orphans who just don't understand that April isn’t like them. After all, April’s mother is coming back for her someday very soon.

All April has to do is find the clues her mother left inside the massive mansion. But Winterborne House is hiding more than one secret, so April and her friends are going to have to work together to unravel the riddle of a missing heir, a creepy legend, and a mysterious key before the only home they’ve ever known is lost to them forever. Book one in a new series! 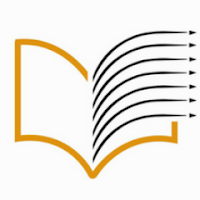 The Brookline public libraries are opening on June 1st for browsing! Patrons may visit for up to 30 minutes to browse the shelves and check out their own books (something we haven't done in over a year!). Hooray! Read all about it on their website.

They also are adding book bundles for kids of all ages (and not just for school vacation weeks anymore!).  Ask about it the next time you're at the library!