We recently recieved many new books in the Lawrence Library. Here's a link to a "collection" showing you many of them: New books 2020

Here are a few highlights: 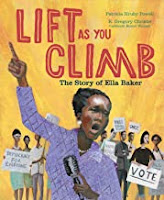 Lift as You Climb: The Story of Ella Baker by Patricia Hruby Powell

Long before the civil rights movement of the 1950s and 60s, Ella Baker worked to lift others up by fighting racial injustice and empowering poor African Americans to stand up for their rights. Her dedication and grassroots work in many communities made her a valuable ally for leaders like Dr. Martin Luther King Jr., and she has been ranked as one of the most influential women in the civil rights movement. In the 1960s she worked to register voters and organize sit-ins, and she became a teacher and mentor to many young activists. 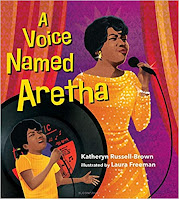 Raised in a house full of talking and singing, Aretha learned the values that would carry her through life--from her church choir in Detroit to stages across the world. When she moved to New York City to start her career, it took years of hard work before she had a hit song. In the turbulent 1960s, she sang about "Respect" and refused to perform before segregated audiences. The first woman inducted into the Rock & Roll Hall of Fame, Aretha always remembered who she was and where she came from. 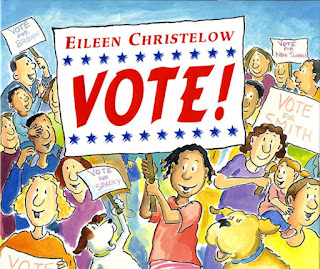 This is not a new book, but the resources provided below are new!

This author provided resources for kids about all aspects of elections and voting. Check out her Vote! page here 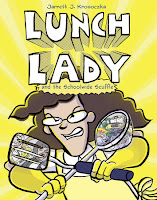 Honeybee: The Life of Apis Mellifera by Candace Fleming

This beautiful nonfiction book follows the life cycle of the honeybee. Apis builds wax comb to store honey, and transfers pollen from other bees into the storage. She defends the hive from invaders. And finally, she begins her new life as an adventurer. 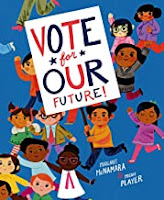 Vote for Our Future by Margaret McNamara and Micah Player

Every year an elementary school closes for Election Day. This book explores what Election Day is and why it's important for those who can to vote. The last page contains some Acts of Congress that made the future better -- things like the Americans with Disabilities Act and the Civil Rights Act. 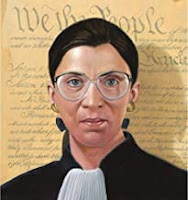 We've been hearing a lot about Ruth Bader Ginsburg this week, a Supreme Court justice who died over the weekend. This picture book biography highlights her childhood and the years as she began her career as an attorney, professor and judge. Each page contains at least one quote from RBG, as she is known. Learn about her courage and persistance throughout her life in the face of sexism and prejudice.

Happy Friday! What will you read this weekend? 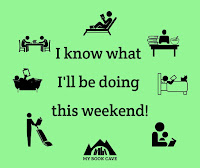 Here are some places to find titles that you will LOVE!

1. Email Ms. Moriarty and I will try to make some suggestions based on things you've enjoyed recently: kathleen_moriarty@psbma.org

4. Ask your friends and your teachers. Lawrence is a very reading-friendly place! You will find lots of recommendations from your classmates and teachers!

For students in grades 6 - 8, the Brookline Library has a new challenge to keep you motivated: 100 BooksBefore High School! For more information click here.
Posted by Ms. Moriarty at 12:44 PM No comments:

Book suggestions and resources for ebooks

Here are some more favorites from the summer:

In this follow up to Jabari Jumps, Jabari wants to make an invention that will fly across the back yard.  He doesn't think he needs help at first, but when he runs into some problems and is feeling very frustrated he finds his little sister and his dad really help him to feel calm and to make a better invention. Watch for the interesting outfits his sister wears on each page!

From the Desk of Zoe Washington by Janae Marks

When Zoe finds a letter from her dad in her mailbox, she is quite surprised. She is 12 years old and her dad has been in jail her whole life. Now she has the chance to write to him, but what should she say? She and her friend Trevor start investigating the crime that her dad was inprisoned for -- was he really guilty? And she has to do all her writing and investigating without telling her mother who is opposed to Zoe communicating with her day. Excellent realistic fiction.

Have you tried your public library's curbside delivery system yet? Both Brookline and Boston Public Libraries are getting print books out to residents. You request the book online and then when the book arrives, you'll get an email and can go to the library to pick it up. A great way to get off the screens!

I hope everyone had a wonderful summer and had time to do lots of reading! The summer reading challenge is still posted on our district's summer reading page -- feel free to continue to add books you've read and watch the meter climb! Summer Reading Challenge

All of our Lawrence ebooks are available for you to borrow. Use your PSBMA login as your login and password on the Follett ebook site Lawrence ebook catalog (if you don't remember your login info, please let me know and I'll remind you: kathleen_moriarty@psbma.org)

These are two of my favorite fiction books from my summer reading:

I don't have either of these yet as ebooks, but you can try the public library! Their curbside service is up and running. Give it a try if you haven't tried it yet. It's easy and convenient!

I will resume updating this blog several times a week throughout the 2020-21 school year.

I look forward to seeing your class and finding out what you've been reading!