Our 50th annual Cranberry Contest has come to an end! Winners were announced on the Monday before Thanksgiving and they include:

The prize in each category was a book store gift card kindly donated once again by The Children's Bookshop and Brookline Booksmith. We are so lucky to have TWO independent bookstores within walking distance of our school! Please remember these wonderful shops as you head out to do some holiday shopping.

Special Exhibit at the MFA: 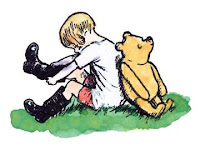 If you haven't been to the Museum of Fine Arts lately, there's currently an exhibit of art from Winnie the Pooh, the classic children's book. The exhibit runs through January 6 and more information can be found here: https://www.mfa.org/exhibitions/winnie-the-pooh
Adults are charged an admission fee, but it looks like children age 17 and under are free. And they even have a special "low sensory morning" on Saturday, December 8. Please see the link above for more information.

Ms. Moriarty has been reading:

A few suggestions from my recent flurry of reading:

Don't Throw It to Mo by David Adler 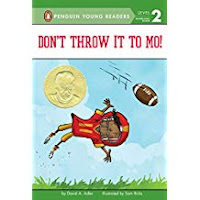 Mo is the smallest player on his football team, but just as he did with basketball and baseball he's going to turn his size into an advantage on the team! This early reader sports series has lately been a hit with first graders and won the Theodor Seuss Geisel award in 2016. 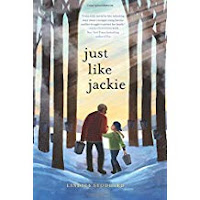 Robinson Hart was named after her grandfather's hero, Jackie Robinson. She is constantly reminded to be "just like Jackie" and let insults and teasing roll off her back. But it's getting harder to ignore and on top of that she's now worried about her grandfather's memory. A touching story about a girl and her grandfather who get through some challenging times together with the help of friends at Robinson's school at at her grandfather's job. Grades 4 & up. 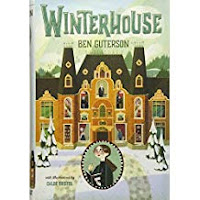 Elizabeth's evil aunt and uncle ship her off to a hotel called Winterhouse for the three weeks of her winter break. Although she's not sure what to expect, Elizabeth finds lots to keep her occupied when she arrives! The owner has peculiar habits, there's a mysterious book that seems to move when she concentrates on it, and there are some suspicious characters also staying for the winter. Elizabeth finds a friend in Freddy, another guest, and the two of them try to solve some of the puzzles of Winterhouse together.
A sequel, Secrets of Winterhouse, will be released on December 31! Grades 4 & up.

The Adventures of a Girl Called Bicycle by Christina Uss 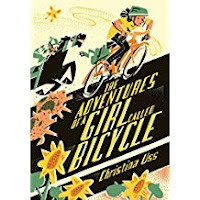 Bicycle grows up in a convent where most of the occupants have taken a vow of silence. She decides to run away on her bicycle for some cross-country adventure when her guardians decide she needs to go to a special camp where friendship is guaranteed. Bicycle is sure that she knows how to make friends and can't imagine that this camp will be much fun. Her bicycle-racing hero will be speaking at a special "blessing of the bicycles" in California later in the summer so she makes San Francisco her destination and sets off. There is humor and adventure here with a fun and tireless heroine! Grades 3 & up.

So many wonderful titles have been published lately. Please let me know if you need suggestions or if you have recommendations for our library!